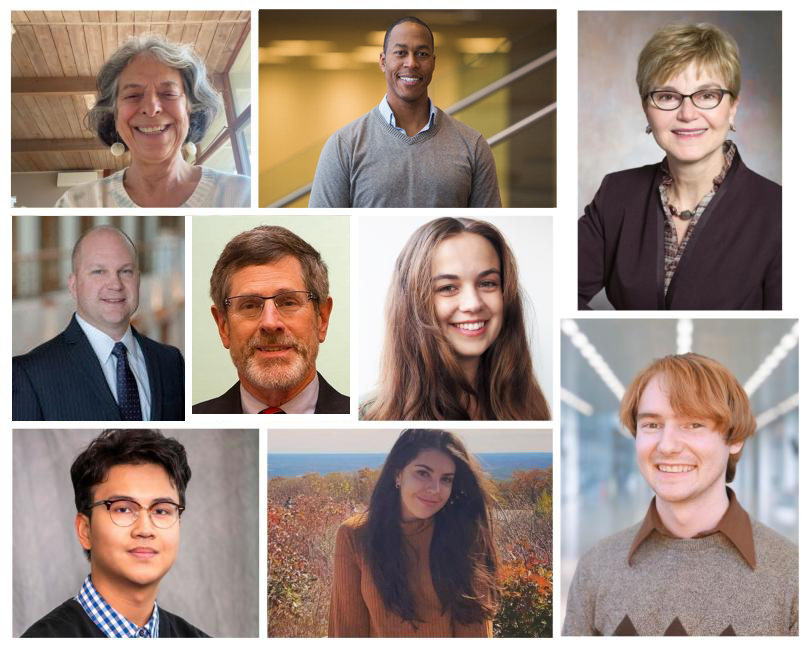 As it did when things were kicked off in April, Wentworth Institute of Technology will bookend Boston’s commencement season as it marks its Summer 2022 ceremony on Sunday, August 21st.

Hundreds of graduates will be recognized in two separate ceremonies: The Schools of Architecture and Design, Computing and Data Science, and the School of Management will be represented in a 9:30 a.m. event, while the School of Engineering will host a ceremony at 2:00 p.m. Both commencements will take place on Wentworth’s Quad.

The day will be a public introduction to Wentworth’s new provost and vice president for Academic Affairs, Sophia Maggelakis, who will serve as emcee. Maggelakis most recently served as dean of the College of Science at Rochester Institute of Technology, where she also founded and served as head of RIT’s School of Mathematical Sciences.

Two titans of industry will serve as the respective keynote speakers, with Jones Lang Lasalle’s Life Sciences Industry Practice Executive Director and National Practice Leader Travis McCready in the morning and CDM Smith Chair and CEO Timothy B. Wall in the afternoon.

McCready has more than 25 years of experience leading public, private, and nonprofit ventures, with a focus on technology and innovation-based economic development, and serves on Wentworth’s Board of Trustees. Wall has more than 30 years of experience in his field and leading multiple business units driven to solve some of the world's toughest environmental and infrastructure challenges, and he began at CDM Smith as a Wentworth co-op student.

Sandra Pascal has been a fixture of Wentworth and the local community for more than 30 years, working tirelessly with community leaders and Wentworth neighbors, as well as strengthening relationships with City officials. She established the Office of Community Relations, formed Wentworth’s first Community Taskforce consisting of Mission Hill leaders, and played a direct role in helping to start the department that would become the Center for Community and Learning Partnerships. She retired in 2020 as associate vice president for community relations and external affairs.

On Sunday, Pascal will be honored by President Mark A. Thompson with the President’s Medal, awarded to only three people previously.

Alumnus Stephen Fusi is another community builder who has long made Wentworth students his focus. Fusi, who will receive an honorary Doctor of Engineering degree, has worked on the Board of Trustees since 2009, additionally chairing the Investment Committee and serving on the Audit Committee. He was instrumental in bringing the WIRE radio station to campus, and he served as the past chief investment officer for New Wealth Advisors, LLC, and he currently serves on the Board of Directors for Audi Club of North America, on the Investment Committee for MASCO Boston, and on the Audit Committee for Colleges of the Fenway.

Nicole Thackaberry, Interior Design, was involved in various leadership positions on campus as a senior resident assistant, and served as a board member on the Student Alumni Society and was the president of the Student Association of Interior Design. Her passion lies in designing sustainable and accessible buildings in the hopes of contributing to a climate resilient future. She will be the student speaker for the 9:30 a.m. ceremony.

Andrew Croteau, Mechanical Engineering, was a member of the Colleges of the Fenway Theater Project and has participated in the COF chorus and jazz band as a vocalist. He will be entering the field of materials science research as a Materials and Mechanical Development Engineer focusing on high-temperature superconductors. He is the 2:00 p.m. student speaker.

Given to the student with the top grade point average, the Beatty Award is a prestigious honor named for Wentworth’s first president, H. Russell Beatty. This summer’s recipient is student Christopher Men, Electrical Engineering.

Jenna Rosado, Interior Design, will sing the National Anthem at the 9:30 event, and the Liberty Battalion Army ROTC will lead the Color Guard in both ceremonies.

President Thompson and Wentworth Board of Trustees Chair Greg Janey, ’82, ’04, Hon. ’17, will both speak, while Wentworth Alumni Association President Eric Greene ’05 will deliver the Charge to the Graduates.

If you are a student, remember to check your email for important notes around tickets and other information.

Grad Images will send an email to all students with a link to view photos and place an order. Diploma questions should be sent to registrar@wit.edu. If you can’t be there in person, you may watch both events online at wit.edu/livestream.

Please use #GraduWIT when posting about Commencement on social media, and check wit.edu/commencement if you have further questions.