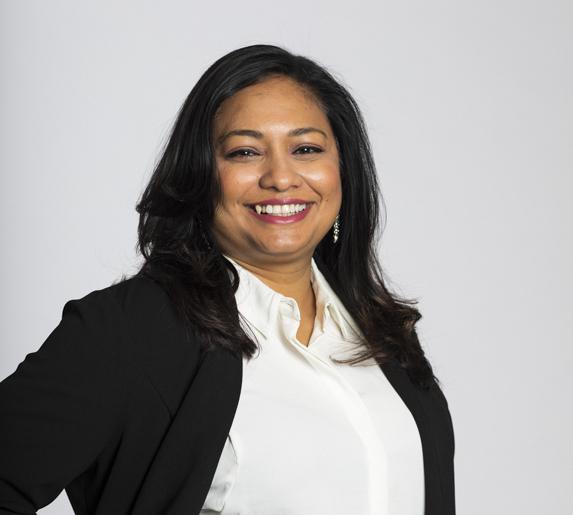 Durga Suresh-Menon has been named the new dean of the School of Computing and Data Science at Wentworth Institute of Technology.

Currently the dean of Graduate Education, Suresh-Menon will assume her new role officially on June 1.

“I am honored and thrilled to have the opportunity to work alongside my colleagues again,” said Suresh-Menon, who formerly taught Wentworth classes related to computing. “In many ways, it feels like I’m coming home to the place where I taught for 18 years.”

With Suresh-Menon's promotion, the deans of the five schools (Architecture and Design; Computing and Data Science; Engineering; Management; Sciences and Humanities) will provide leadership to all of their respective degree programs including undergraduate and graduate, full-time and part-time.

Suresh-Menon's nearly 20 years at Wentworth are marked by significant individual accomplishments and collaborations, along with a deep-seated commitment to serving students and the overall community. As a professor, she received the President’s Award for Excellence in Teaching, the President’s Award for Excellence in Service, and was named Wentworth Woman of the Year.

In addition, she has been a faculty mentor, a senator, a search committee chair, a member of the community standards board, and a graduate coordinator. She also hosts an online video series entitled “Dishes with the Dean,” which speaks with members of the Wentworth community about graduate education. Previous episodes can be found on LinkedIn.