What is it Like to be a First-Generation Student? Stories and Advice 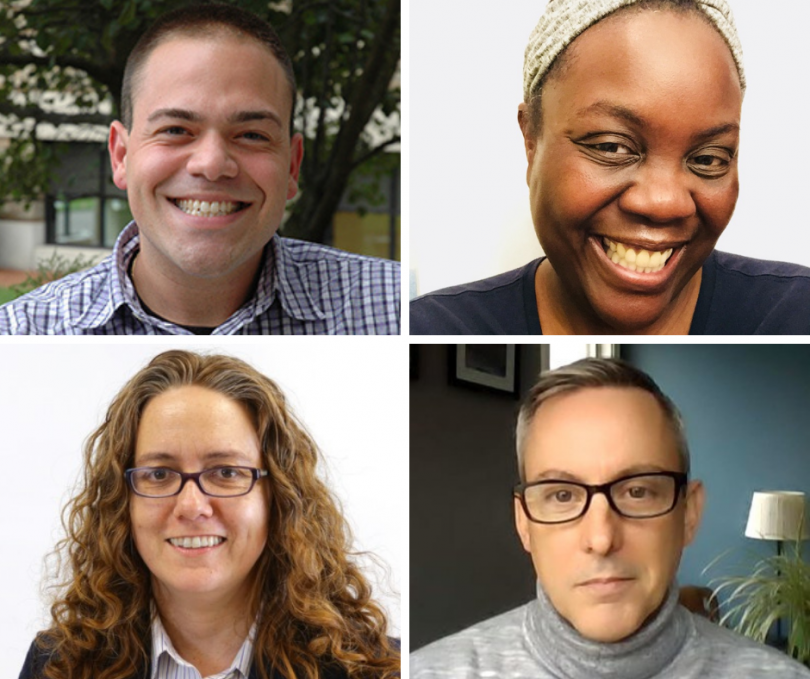 Nearly half of college students everywhere would be considered first-generation students—those whose parents did not complete a four-year college or university degree. These students are navigating uncharted waters, forging a new path for themselves and their families.

But what is it like to be a first-gen student? What are the obstacles these students face and what kind of support exists to help them better succeed?

We sit down with a group of staff and faculty from Wentworth Institute of Technology to get to the heart of these questions, diving into their own first-gen experiences and what they did to ultimately thrive in college.

In Part I, we meet the panelists and learn about their backgrounds (Part II found here). They share that lack of information and access are often the biggest hurdles to succeeding in college, why it is so important to ask questions and immerse oneself in the culture, and that despite a person’s challenging financial or social situation, there is always someone who is there to help.

Tiffany Amoakohene, Special Projects Coordinator, Office of the Provost:
I was a low income, first-gen student. I came from a single-parent household and going to college was out of my mom's purview, so I was actually discouraged from applying. I had to go behind her back and talk to someone in my high school, and I did get some help financially.

Amoakohene says she was embarrassed and felt guilty about asking for monetary assistance. But she has forever been thankful to that high school official who helped her navigate the financial aid process. She was excited to be away from home and found adapting to college to be relatively easy from a social and academic standpoint.

Tiffany Amoakohene:
The financial stuff was still a punch in the face because I wasn’t well prepared for it. The first time I had to purchase books was a reality check for me. I was a very private person and I didn’t really talk about my financial situation, so in terms of people helping me, it was mostly a Tiffany effort.

Ella Howard also comes from a low-income background and had not planned to apply to college “because we had no money.” But after scoring well on the PSAT, she started receiving mailers from different schools. She chose a private college in California that provided her a full scholarship.

Ella Howard, Associate Professor, School of Sciences & Humanities:
And that's a place where there were a lot of very wealthy people, which I didn't understand. It took me a long time to understand why I didn't fit in. My roommate at the time would buy socks one pair at a time. And I remember trying to explain this to people and I was like, “Who doesn't just buy the socks in a bag?” And people were like, “What's wrong with you?”

Howard had no help applying to college, but later found much assistance from the financial aid office. Howard was attempting to earn a summer job in a recession-hit Los Angeles prior to the start of the school year. Many places were reluctant to hire without a long-term commitment.

Ella Howard:
I couldn’t get anything. You couldn’t even get a job at McDonald’s that year. And I qualified for work study, but didn’t arrive in time to sign up for one. So, the financial aid office made a job for me. I was the receptionist for the office for a year. They dragged a desk out into the hallway and routed the calls, so that I took the calls and put them through.

Opening up to people who worked at the college about her needs as a student helped Howard settle in and find the right help. Learning more about available opportunities allowed her to thrive, even leading to studying abroad in Paris her junior year.

A change came for Amoakohene when she met people in her school’s residence life department. She befriended the resident director on her floor during the first year and learned more about becoming an RA, including the financial benefits. She also started to find real-world guidance from her professors.

Tiffany Amoakohene:
I wasn't revealing what was going on in my personal life or financial struggles, but I was able to find a little bit of mentorship in terms of what I needed to know about the industry I was trying to get into. I definitely had help from various faculty members, and other people within academic affairs.

Carlo Fierimonte’s father was 14 when he came to America, later dropping out of high school his junior year. His mother is a high school graduate, but never attended college. As one of five children, Carlo did not even know about post-high school education until he was older.

Carlo Fierimonte, Associate Director, Admissions:
My older cousins started to go to college when I was about nine, but it really was never talked about in my house. I think my father really wanted us to go into the trades. He’s in automotive and he’s always telling us to go into that, or be a carpenter, an electrician, a plumber, which are all great options for a lot of people. But they weren’t for me.

A neighbor helped Fierimonte with college applications, but he struggled to find financial aid and other help that he now knows exists through working in the Admissions office at Wentworth.

Carlo Fierimonte:
I started thinking that maybe I shouldn’t even go to school. It started to make me crazy, because there were all these different forms, and not having the guidance or parents who knew what they were doing was really a struggle.

Peter Fowler is the youngest of four and describes his family as having been middle class. However, when Fowler was a teen, his father fell ill and their financial situation changed.

Peter Fowler, Associate Dean of Students:
There was emotional and moral support for going to college, but not a lot of financial support. And I didn’t know that I was a first-gen student, or what that would mean. I figured that we were all new (students), so we would all be in the same boat.

Fowler describes additionally being unclear on how financial aid worked.

Peter Fowler:
I didn’t really know the difference between loans and scholarships and other things available. I think if I had known more, I would have asked more.

Fierimonte found that he, too, suffered from a lack of information at first.

Carlo Fierimonte:
There was not a lot of support for me at the first school I went to. I did well in high school, but that transition to college can be a hard one, and when you feel you don’t have support, it’s very difficult.

Fierimonte transferred and found a much better community, one that “allowed me to grow.” He started as a commuter student, but eventually decided to live on campus.

Carlo Fierimonte:
I think that (living on campus) was the best thing I could do for myself to really expand and develop into the person I am.

He began working for the admissions department as a student, learning more about the application process and help available to students. When he was nearing graduation, his younger sister was starting at the same college and the family was able to negotiate a rate roughly half of what Fierimonte had paid.

Carlo Fierimonte:
And the school said, “Wow, we gave your sister more than we ever gave you.” I told them that I realized that, and that’s why I’m helping her, because I didn’t have that support, I didn’t know to ask questions.

Fowler also found living on campus to be a gamechanger and, like Amoakohene, he immersed himself in student life, becoming a resident director.

Peter Fowler:
When I decided to get more involved in the school during my second year, I felt like I learned so much more. I now had these other people in my life—advisors and such—that were asking me questions and sharing knowledge, just asking about how I’m doing, “How’s this?” and “How’s that?” type of questions. It became clearer for me that having that level of involvement, and someone who’s just sort of there, was very helpful.

In Part II, we’ll talk more about ways to find that extra help and talk to the right people, as well as things that people working at universities should do to provide better experiences for first-generation students.

This multi-part feature is part of a series entitled "Candid Conversations," roundtable discussions hosted by the Division of Diversity, Equity and Inclusion in collaboration with the Marketing and Communications Department. Each will focus on a topic connected to diversity, equity and/or inclusion.