The ROI of a Wentworth Education 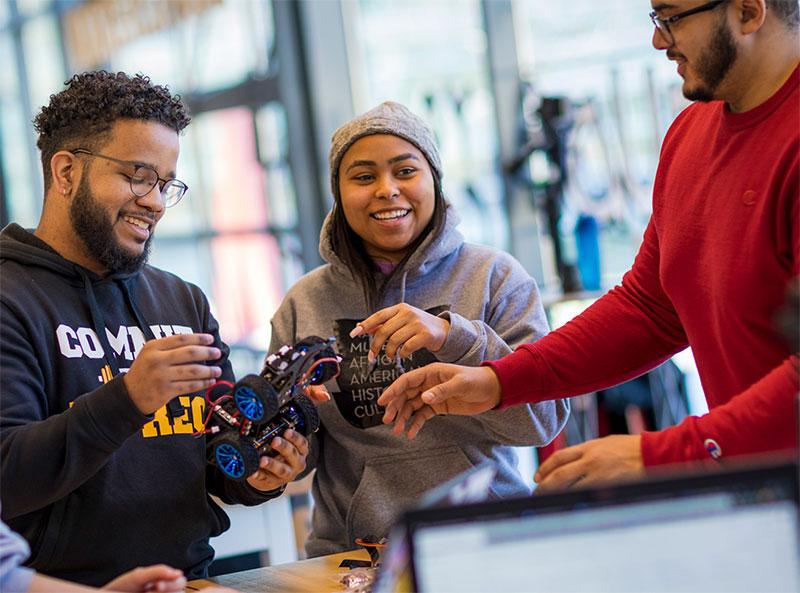 Wentworth Among 100 Schools with Best ROI

Wentworth Institute of Technology has made a Stacker list of the 100 colleges in the country with the best return on investment.

Colleges and universities that primarily issue bachelor’s degrees were considered. Schools were ranked by the highest 40-year ROI, with ties broken by 10-year ROI. The study looked at net present value—balancing today's costs against future earnings.

“One of the reasons that students seek out a Wentworth degree is our high ROI,” said Kristin Tichenor, vice president for Enrollment at the university. “This ranking recognizes what employers already know: that Wentworth’s hands-on academics combined with our hallmark co-op program produces graduates with the skills and experience to be successful from day one.”

The report said universities like Wentworth that specialize in STEM studies tend to have a higher return on investment for their graduates. “STEM has gained ground over the past 10 years as more and more careers have a need for science and tech knowledge. According to the U.S. Bureau of Labor Statistics, there were 8.5 million STEM jobs in 2015, which represented 6.2% of employment in the United States. Ninety-three percent of STEM occupations have wages above the national average, as well.”

In the last 10 years, the cost of college has gone up by more than 25%, according to CNBC. According to Stacker, for the 2019 academic year, private colleges cost an average of $48,510 per year, and public ones cost $21,370. “After four years, and in many cases five to six years, that cost can stack up significantly, so you’re going to want to ensure that you’re putting your dollars into an institution that is going to make it worth your while. Luckily, those who have a bachelor’s degree earn about $32,000 more annually than those without, reports the Association of Public & Land-Grant Universities. But some colleges have a higher return on investment than others.”