Skip to main content
Learn about the campus re-entry process for the Fall 2020 Semester
A 15-week academic schedule started September 8.
Back

Wentworth welcomed Bahrain’s ambassador to the United States, Sheikh Abdullah bin Rashid bin Abdullah Al Khalifa, to campus Oct. 7 for a community event and the announcement of a collaboration.

During the event at the Center for Engineering, Innovation and Sciences, Wentworth President Mark Thompson announced the signing of a memorandum of understanding (MOU) between the university and the Embassy of the Kingdom of Bahrain in Washington, D.C. The MOU will look at further developing Wentworth’s higher education programs in the Middle Eastern country, particularly in the fields of artificial intelligence, software education and production.

More than a dozen students from Bahrain currently attend Wentworth.

Thompson also served as moderator for the CEIS event, which invited students, staff and faculty to ask questions of Ambassador Abdulla.

A member of Bahrain’s royal family, Shaikh Abdulla was appointed his country’s ambassador to the U.S. in April 2017. He earned a bachelor’s degree in management and an MBA from Bentley University in 2001 and 2003 and is working toward a Ph.D. at the International School of Management in Paris. He has served as governor of Bahrain’s Southern Governorate, and on the board of the Bahrain Olympic Committee.

Photos from the event can be found below or on our Flickr site. 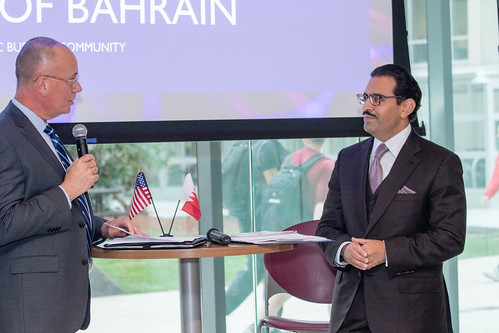 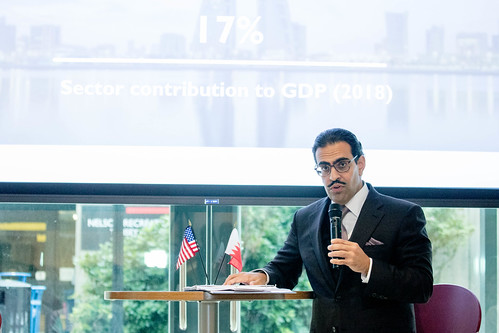 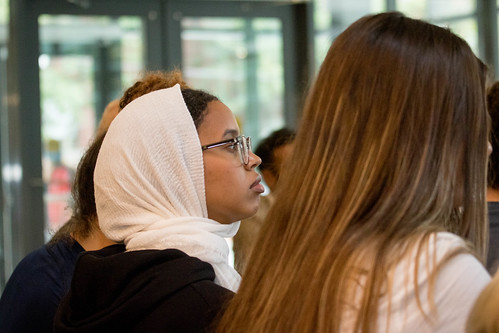 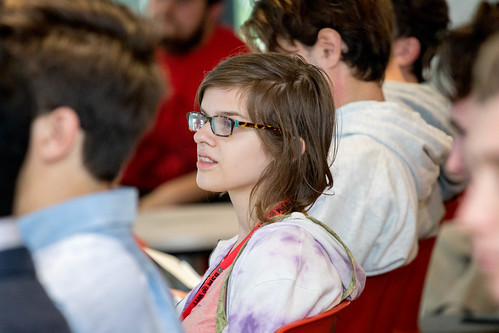 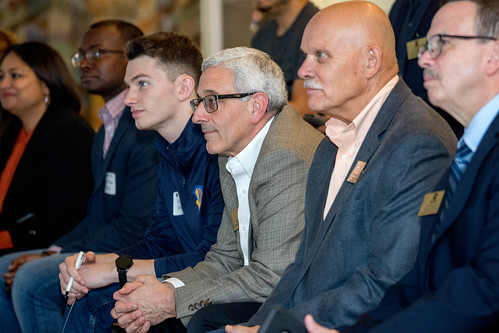 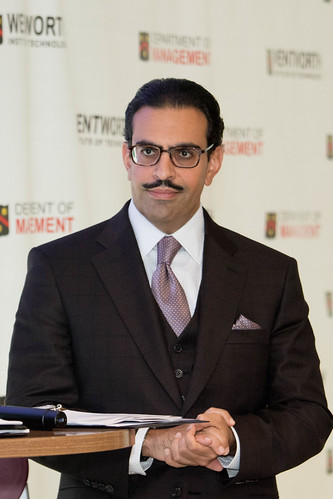