Women have made great strides at Wentworth since the Institute became coeducational in 1972, according to speakers at the March 18 Women at Wentworth event, but more needs to be done to advance gender parity in education and careers locally, nationally, and globally.

“We are on the right path,” said Megan Costello, executive director of the City of Boston’s Office of Women’s Advancement. “But progress and change take time. We need more men involved, too. We cannot solve 100 percent of the problem with only 50 percent of the population.”

Costello was a featured speaker at the event in Watson Auditorium, where 44  women (and one team) were recognized for their accomplishments, marking the board’s vote 45 years ago to admit women to the Institute. Honorees included students, alumnae, board members, faculty members, benefactors, and administrators of the Institute. The 2016 Wentworth women’s soccer team, winners of the NCAA Division III Commonwealth Coast Conference Championship—the first CCC title for any women’s sport at Wentworth—was honored as a group.

Wentworth President Zorica Pantić said evidence that women have made progress at Wentworth includes an increase in the number of female faculty members in academic departments and in the number of young women enrolling in programs like Construction Management.

General Electric Foundation President Ann R. Klee, who was honored at the event as Wentworth’s Woman of the Year for 2017, outlined an ambitious, multimillion-dollar campaign by GE to work with the City of Boston and academic institutions to attract more young women to STEM fields and add 20,000 women to the corporation’s worldwide technical workforce by 2020.

“Data show that women are still massively underrepresented, with only about 20 percent of women in IT and engineering positions in the workforce globally, and somewhere between 20 to 30 percent rising to senior leadership positions,” Klee said. “Notwithstanding the development of new programs and public attention, STEM education is still not attracting enough women students. We have to change this.”

The event also highlighted contributions to Wentworth and the education of young women by companies including Consigli Construction Company, which recently gave $100,000 to the Institute to help transform the library into the Douglas D. Schumann Library & Learning Commons, to support students through sponsorship of the annual President’s Cup Challenge golf tournament, and to launch the Women at Wentworth Endowed Scholarship Fund.

“We feel strongly that a scholarship fund like this is important because it opens doors,” said Matthew Consigli, president of the Milford, Mass.-based company. “It really is an honor for us to be a part of these efforts.”

Seantel Trombly, a senior in the Architecture program and president of the Women’s Institute for Leadership Development, drew a standing ovation for a poem she composed and recited for the program, “A Lesson in Strength.”

Event organizers from the Office of Alumni and Constituent Relations said an estimated 300 people attended the event, the largest attendance in the 11 years since the program’s inception.

Adam Palmer, BELM 09, president of the Wentworth Alumni Association, said the Women at Wentworth Committee purchased a magnolia tree that will be planted on campus to commemorate the 2017 event and mark 45 years of women at Wentworth. 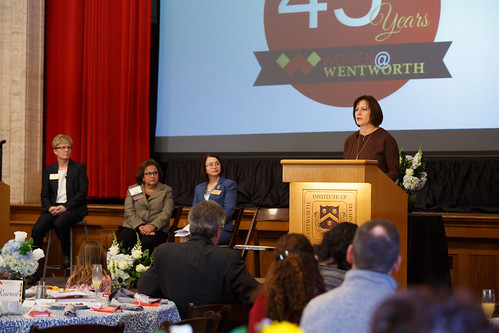 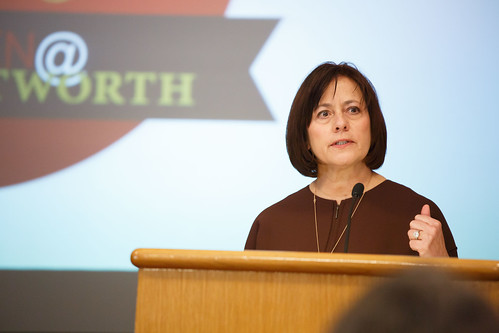 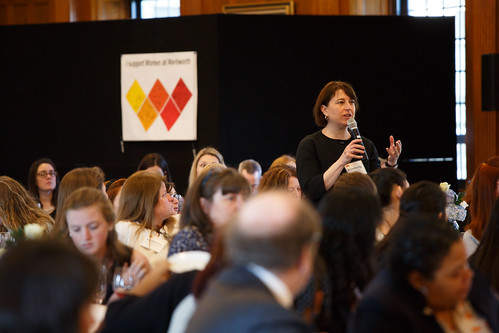 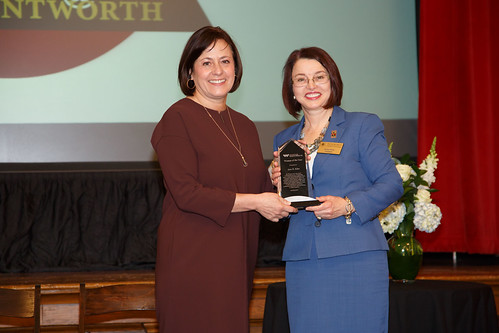 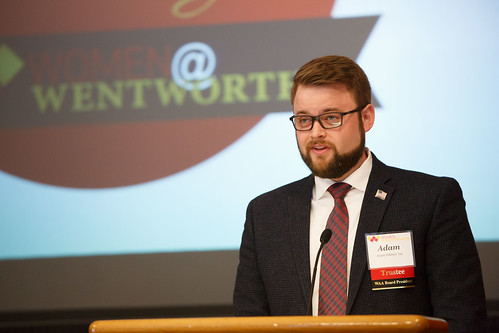 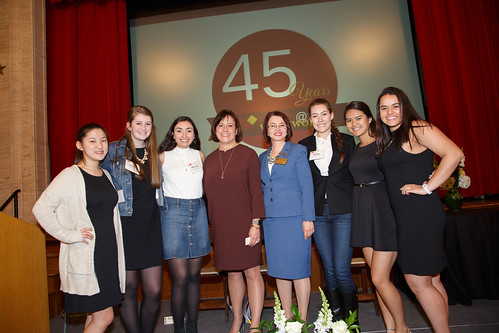