The spring ceremony includes both December and April graduates. A second ceremony for summer graduates is scheduled for August 20 at Blue Hills Bank Pavilion.

In his address to graduating students, speaker Greg Janey, ARS ’82, BCM ’04, described growing up in Boston in the 1960s.

"I was raised to go to school, get a good job, and make a decent living," Janey said. "That’s the path I was on until something happened that inspired me and completely changed the course of my journey."

As a teenager, Janey happened upon a business card for a company run by African American contractors. "That was my light," he said. "There was suddenly more on my mind than simply making a living. I had my model."

Before he could pursue a dream of opening his own business, Janey knew he needed a college degree. He enrolled at Wentworth and immersed himself in the Institute’s hands-on learning model, earning degrees in architectural technology and construction management. His business, Janey Construction Management & Consulting Inc., opened in 1990.

Janey joined the Wentworth Corporation in 2008 and was elected to the Board of Trustees in 2012. His company currently oversees construction and renovation projects that range in scope from $5 million to $200 million, playing a role in the revitalization of several Boston neighborhoods.

Honorary Doctor of Engineering degrees were awarded to Janey and to Joe Fallon, AET '73, CE '77. A titan of Boston real-estate development responsible for the revitalization of Boston’s Fan Pier, Fallon is credited with being Wentworth's first official co-op student, in 1975.

Seantel Trombly, BSA ’17, was the featured student speaker at the event. 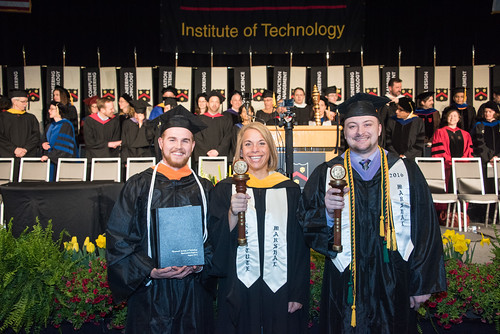 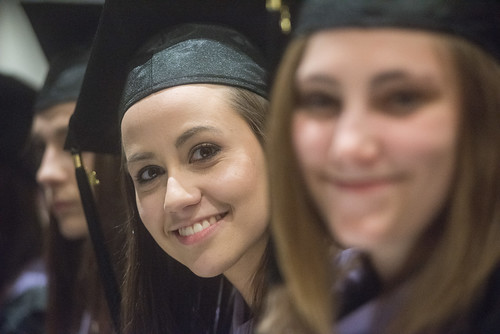 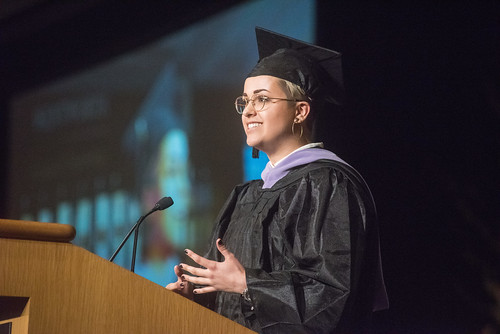 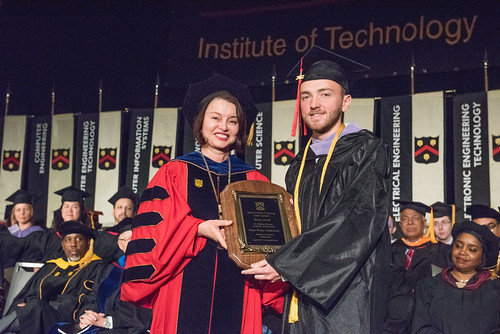 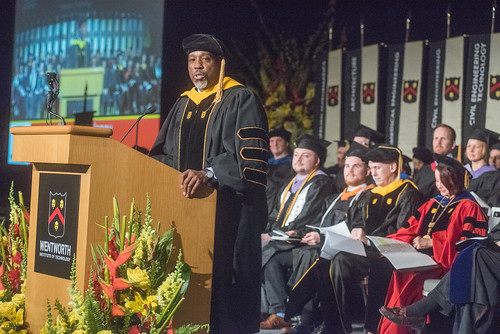 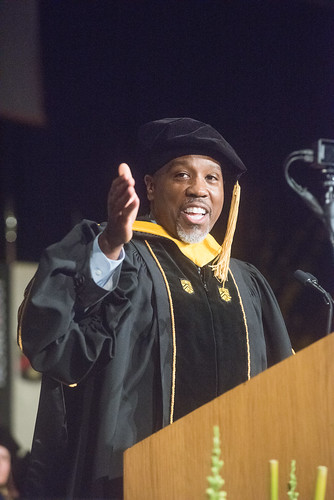