Gov. Baker Tells Wentworth Graduates to Commit to Being Good Teammates in Life

Massachusetts Gov. Charlie Baker on Sunday told 377 graduating students at Wentworth Institute of Technology to avoid chasing happiness and embrace the twists and turns of life.

“People talk a lot these days about happiness, but I think happiness is fleeting and chasing it misses the bigger picture. What matters and what sustains happiness is purpose,” he said. “Purpose comes from being in it, whatever that might be.”

Baker’s refrain to the graduating class was to “be positive, be constructive, and be a good teammate.”

Wentworth’s Spring Commencement is the first in the annual college graduation season in New England. This was the final commencement event presided over by Wentworth President Zorica Pantić, who is stepping down at the end of May after 14 years at the university.

“And so today, as one of our students pointed out, it’s as if I am also graduating,” she said. “I charge you to go out and do good work, pursue excellence in your profession, provide service to your community and follow your passions.”

(Listen to Gov. Baker’s full speech at this WBZ link.)

Baker called Pantić, “a gift to Wentworth and blessing to Massachusetts.”

Pantić honored Trustee Emeritus William Whelan, Electrical Engineering ’63, Hon. ’03, with the Presidential Medal. The award is bestowed upon an individual whose life and work embody the ideals and values set forth in the university’s core mission: to educate, inspire, and foster innovation.

As student speaker, Nicholas Crimaldi, Project Management, noted that today was a day for honor.

“But that honor is not ours alone. The folks that helped take care of you on this journey—today they are also honored,” he said.

Crimaldi thanked Pantić “because she took something and left it better than she found it” in serving as Wentworth’s president. And he urged his classmates to not forget empathy as they help influence the rest of the world.

“Together, we'll build bridges, discover cures, shape the future of AI, and create businesses that help our community,” he said. “But as you strive for greatness, don't forget to also strive for goodness. Reach down and pull up others with you.”

Crimaldi was also an Alumni Award recipient, signifying that he earned the highest cumulative grade point average for his major. Also receiving awards were:

Sidney Thomas Prytherch additionally earned the Beatty Award, named for former Wentworth President H. Russell Beatty. The award is given to the undergraduate student with the highest overall academic achievement within the entire class.

Robert W. Martin, 55, of Layton, Utah, flew more than 2,000 miles to pick up his master’s degree in Facility Management, earned online through Wentworth’s College of Professional and Continuing Education. Martin, who was 14 years old when he began working as a locksmith with his father, said his degree will broaden his professional horizons. His wife, two sons from Utah, and a brother and sister-in-law from Florida joined him at the commencement.

Kevin M. Seaver traveled to the graduation from Dallas. He was an undergraduate at Wentworth in 2007 but left to serve in the U.S. Navy and only recently finished earning his Project Management bachelor’s degree online.

Additional photos from the event can be found below or on Wentworth's Flickr page. 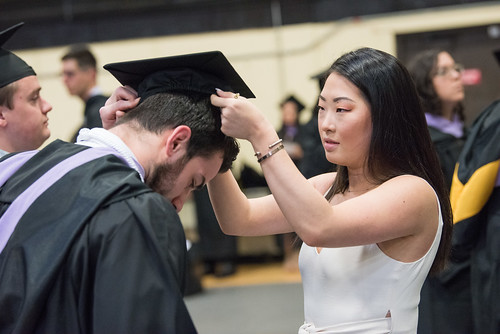 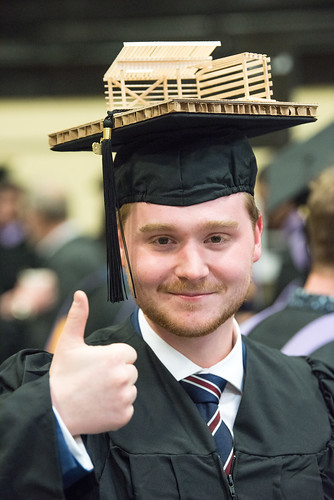 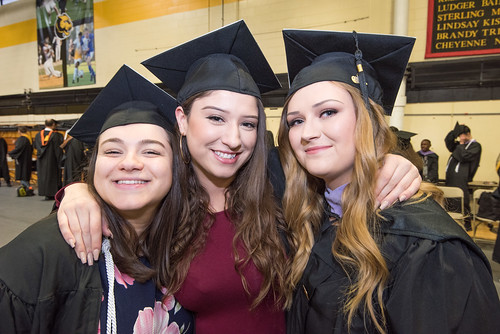 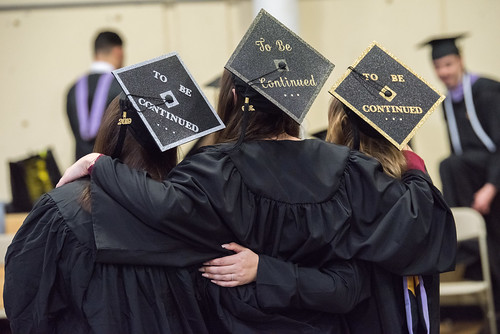 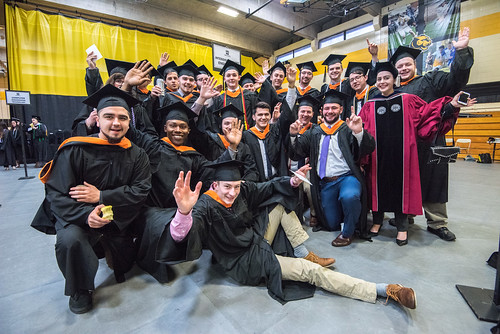 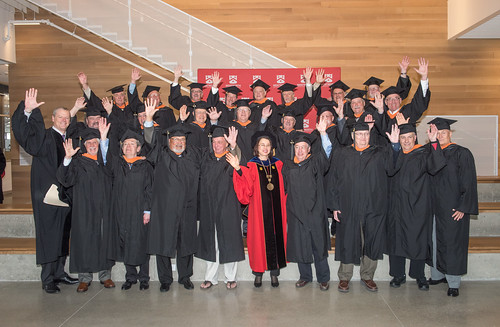