A 3D-printing recycling system, thermal regulation bathing device for handicapped patients, autonomous underwater vehicle to detect bleached coral, and a design project of a brewery in Waltham. These are just a few of the items available at the Wentworth senior showcase of College of Engineering and Computer Science.

With more than 170 student teams participating, the showcase took place on August 6 in Tansey Gymnasium.

“We wanted to encourage the reuse of materials to preserve the environment and save money,” said Westelman.

The system is as big as a washing machine with a monitor screen. It produces spools of filament by grinding, heating, extruding and winding used plastic materials.

“We assembled the system,” said Westelman. “It looks neat and clean outside but there are a lot of odd wires and electrical works behind it.”

“We used a lot of math and science knowledge we learned when assembling the system,” he said.

Two Biomedical Engineering students, Micaela Robinson and Taylor Patti, wanted to solve a problem in which handicapped patients encounter discomfort while bathing, due to a drastic rise and fall in body temperature.

Robinson said caretakers can help patients maintain constant body temperature by leaving the water running, but they will get wet. And a caretaker typically bathes five to 10 patients every day.

To make both the patients and the caretakers comfortable, the two students developed a thermal regulation bathing cape.

“We got the idea from the vest that marathon runners wear to keep warm,” said Robinson.

The cape circulates warm water during the bathing process, and it is made with a kind of compound fabric that is thin, light, and has a good thermal insulation property.

The cape is reusable and would retail at an affordable $15.

Tom Sgammaio, an engineer and a parent of a Biomedical Engineering student, came to the showcase with his wife. He noted that the students’ projects were interesting and he found two projects by Biomedical Engineering students are very impressive: an ultraviolet exposure and dehydration sensor and an extendible prosthetic leg for disabled children.

Find photos from the event below or on our Flickr page. 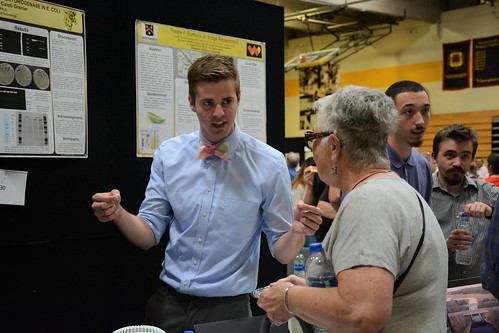 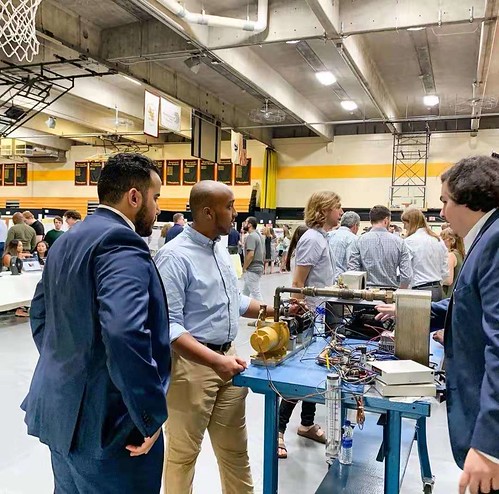 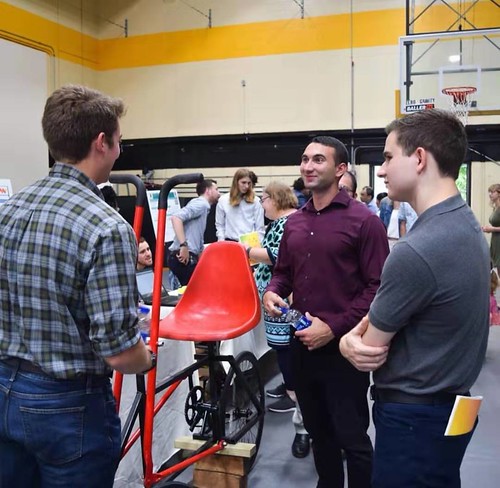 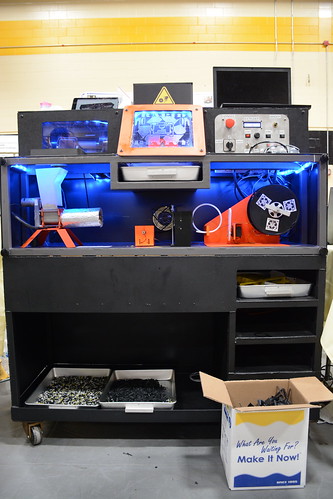 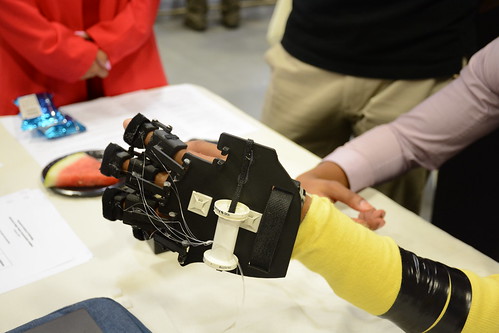 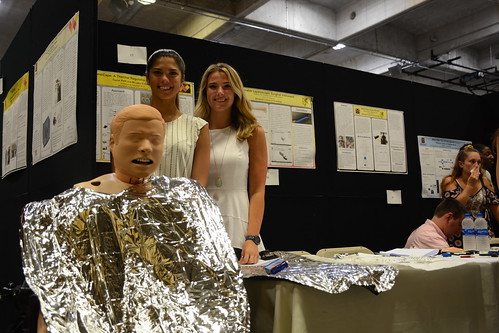