1,000 Words: How Wentworth’s Large-Scale Art Installation Came Together Through Collaboration

The windows in the Center for Engineering, Innovation, and Sciences (CEIS) next to the Pike walkway have appeared more colorful than usual this summer, but the installation within is more than just a pretty sight.

For the students who helped piece everything together, the “1,000 Words” installation in the gallery vitrine of the CEIS common area represents how the Wentworth community sees itself.

In an example of can-do Wentworth spirit, Industrial Design Professor Simon Williamson was racing to finish a large-scale project on deadline several months ago and three of his students— Jodie Xie, ’20, Yiwen Zhang, ’20, Alex Fitzgibbons, ’20 — stepped up to help.

“It was really neat working on a project like this at this scale,” says Fitzgibbons. “I had not done it before.”

All project components were created on campus with tinted acrylic and metal words like “creative,” “passion,” “ideation,” and “power” making up the display. Each piece was modeled using the 3D-design software Rhino and then cut out with a laser cutter. The aluminum word holders were fashioned using a rod bender, and the small connectors that stabilize the words were made with a 3D-printer. The word boards that hold up the word were cut out using a computer numerical control (CNC) machine.

According to Zhang, the 1,000 words came from Wentworth students and faculty who were asked if they could describe their experience in one word.  And they were written in different languages.

“The words are about design, school, and student life. The Chinese words came from Xie and I, and there are some Arabic words from other students,” says Zhang.

Once the words were formulated, there were display components to consider, including the time of day when the sun shines brightest into the space, alliance of the words, and adding an extra spotlight to boost the interior lighting effect.

“We are just so excited about the final appearance,” says Zhang.

Xie adds that collaboration was key to the project’s success.

“I think this is a team project, and the team is huge,” she says. “Many students and faculty members were involved in this project. We would brainstorm the words together. I am very proud when I see people stop at the project as they pass by.”

“I believe that this installation is a great representation of our school’s community,” says Fitzgibbons. “Collaborating to bring great ideas to life is what we excel at and that is what this project represents.”

The installation runs until October 1. More information about the work can be found on the Schumann Library & Learning Commons site.

Photos from the installation can be found below or at Wentworth’s Flickr site. 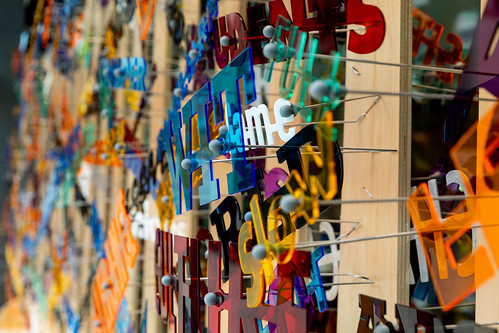 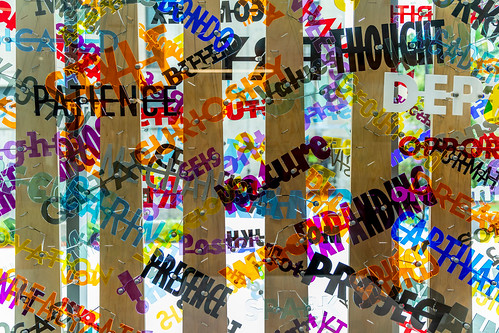 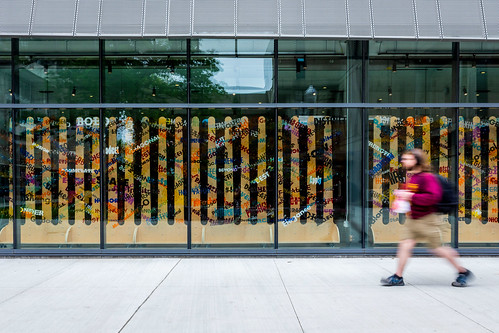 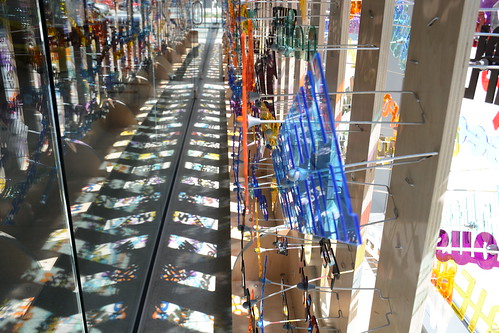 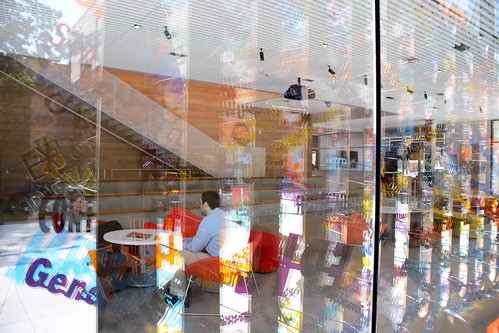 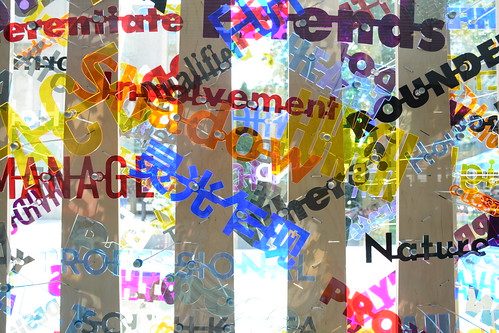